LaseView-LHB is a laser beam profiler for large diameter and high power laser beams working on Windows systems.
Thanks to a newly-developed optical setup, it is the first product to provide measurements for both large
diameter and high power laser beams. This versatile lone product offers a wide range of applications.
It works with the LaseView software, which is known for its great usability.
Equipped with different analysis capabilities, it is a very easy-to-use beam profiler.
LaseViewLHB Catalog Comparison between LaseView-LHB and conventional products

Until now, Beam profiling measurement with large diameter has required measuring by dividing it in several parts by making handy movement on the conventional profiler.It takes time and energy and also, divided measurement makes laser relative intensity unclear.LaseView-LHB solves such problems and it becomes possible to make large beam profiling at one time.

It is an important parameter for focus or processing, it can be easily measured with standard methods. The procedure of the optical system setting is described below: See the “About beam profiler” tab for more information.

Beam divergence angle is an important parameter for light propagation characteristics which can be easily measured with a standard method. Its measurement’s procedure is described below: In addition, as the measurements are made at different places, it is possible to evaluate the change in power and thus the propagation loss.

The Beam pointing stability varies with time and is an important parameter for Laser Beam stability which can be easily measured with a standard method. Beam pointing measurement procedure is described below. The changes over time of X and Y coordinates of the beam centroid will be displayed in a graph. 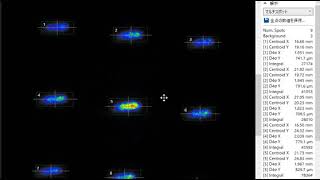 Fig: Analysis of multiple beam spots by one camera

Fig: 90 degrees in the circumferential direction 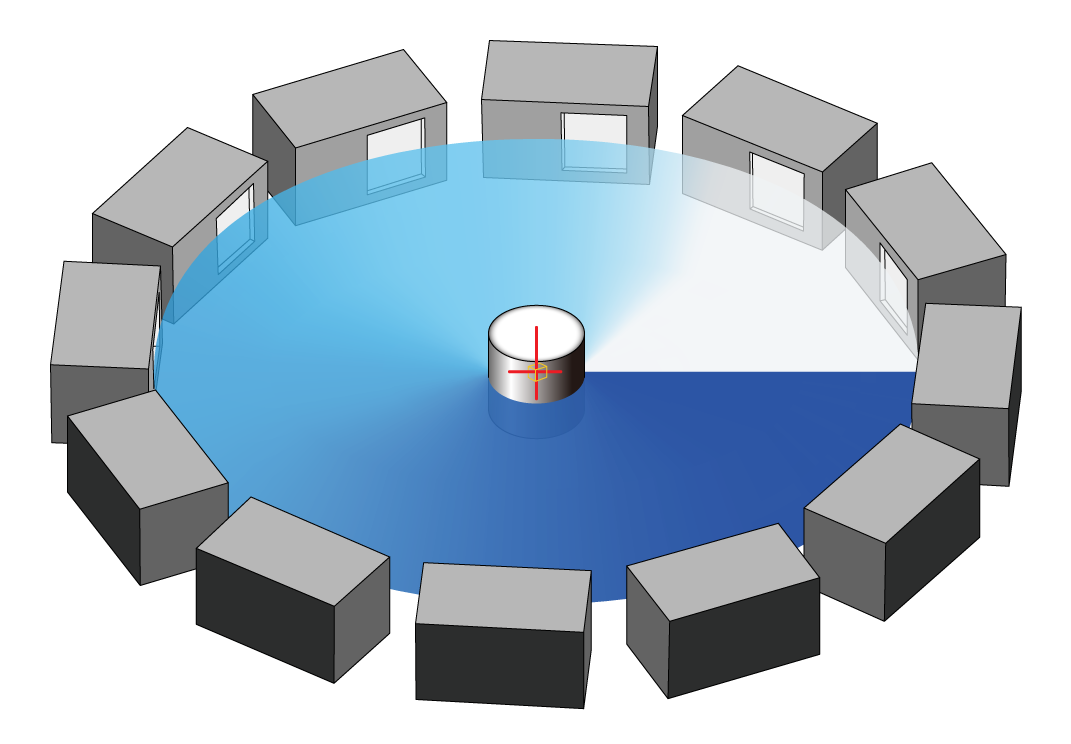 Fig: For the quarter in the circumferential direction, put 4 pieces together 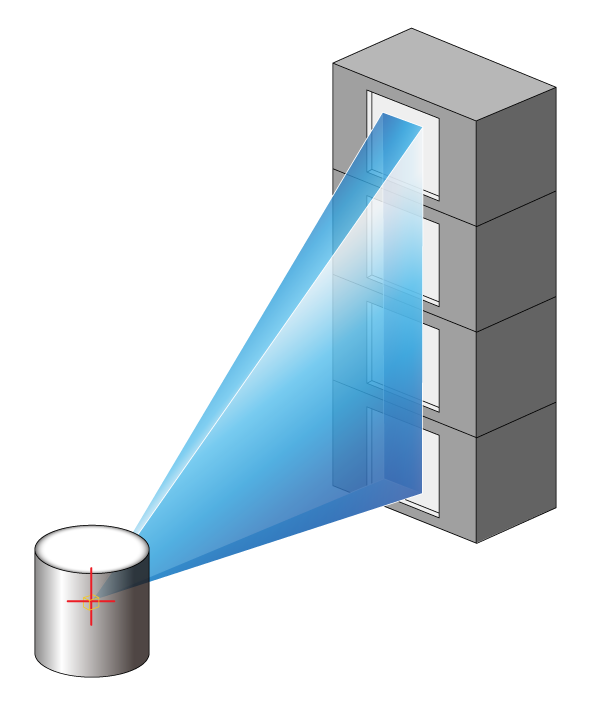 With LaseView-LHB, the measured large diameter beam illuminates an entrance window, the light diffused from the window is recorded by a CCD camera at the rear, which allows to measure large diameters. After several experiments, by using a particular window, the direct input of high-intensity beams of more than 100 W/cm2 was made possible and we succeeded in achieving both a high resolution and a uniform sensitivity.
* 1 Typically, the resolution as specified is obtained over the entire light-receiving surface. However, the inspection before shipment is limited to the center.
* Maximum beam diameter can reach 100 mm × 100 mm on customized devices.
Infrared wavelength region can also be measurable on customized devices.
We can also provide reduced-size custom devices. Please contact us. 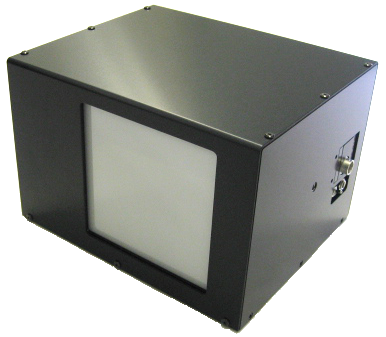 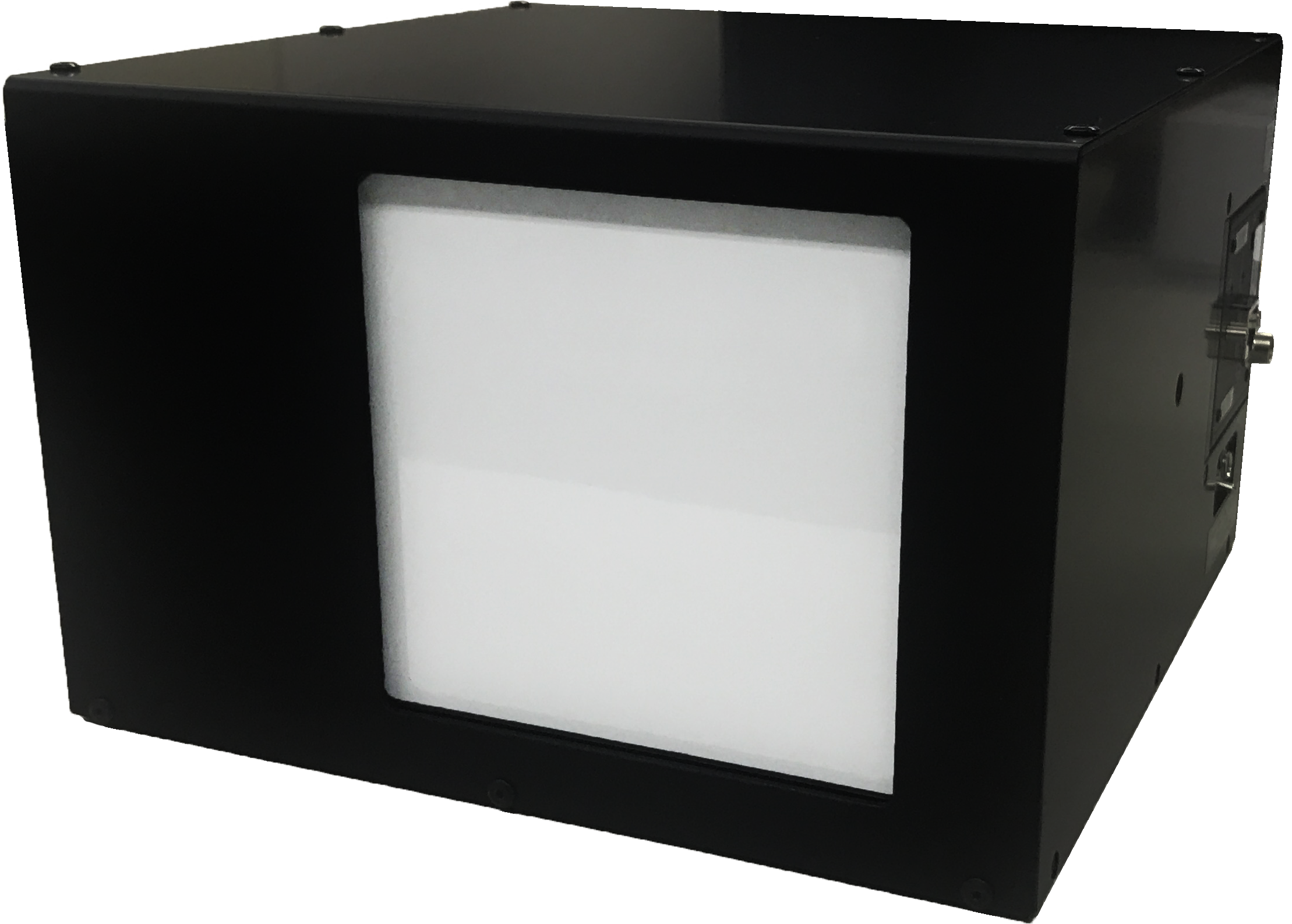 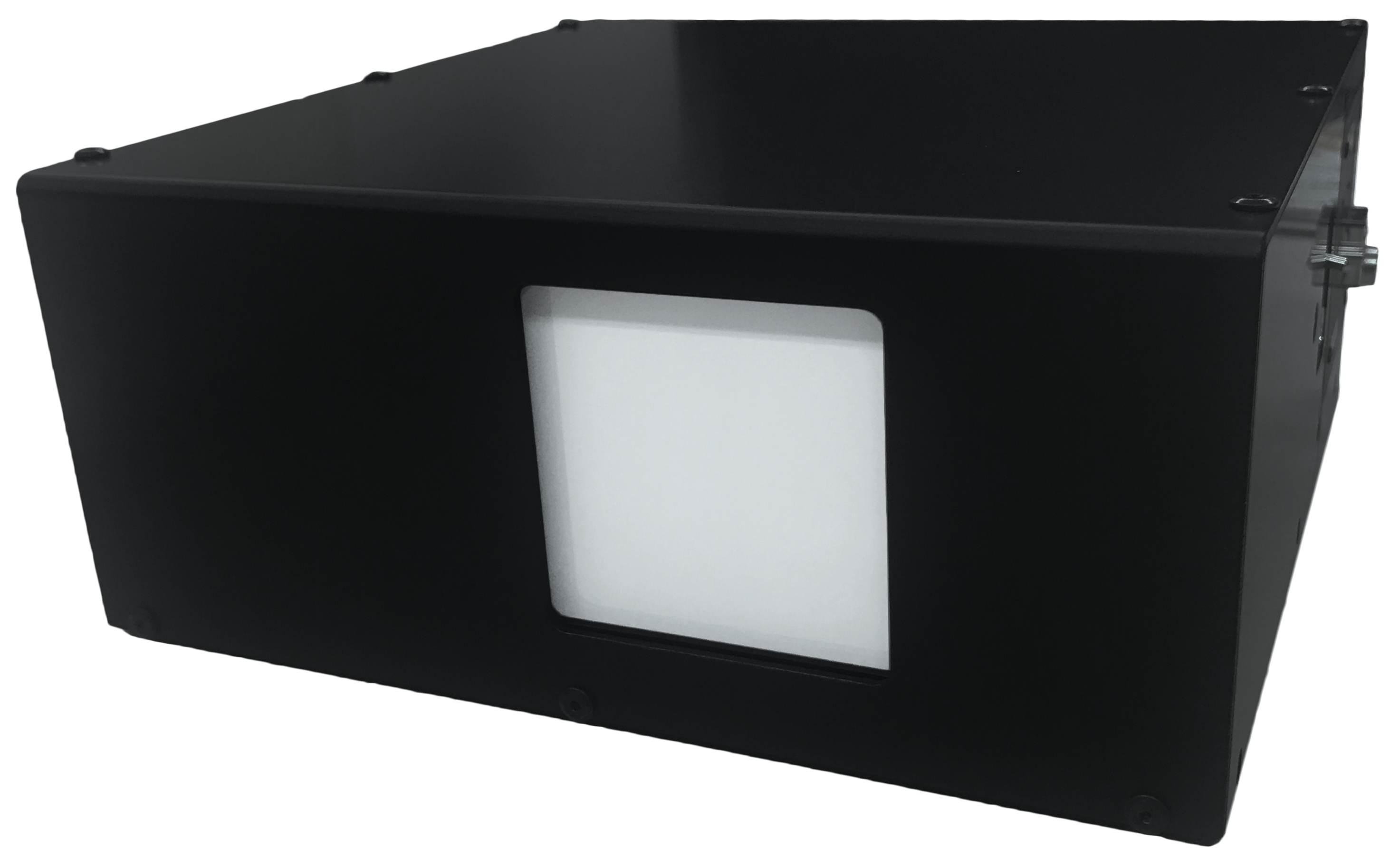 * This product (Beam Profiler with M2 Platform Software LaseView) is 1 license per machine.